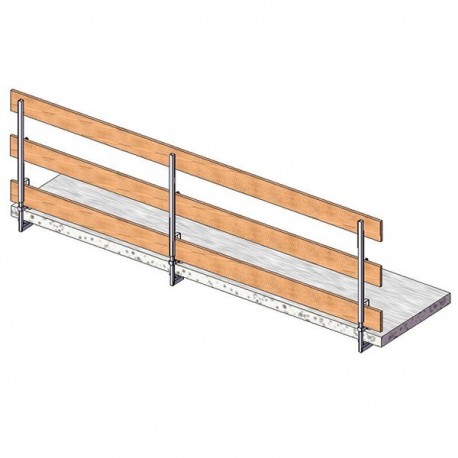 Patented railing post, to be applied on flat or slightly inclined surfaces up to a maximum inclination of 10 °; the patented vice locking mechanism allows you to install the upright quickly.

Notify me when available

The MH15 fastblock model is a patented parapet post with quick clamping of the vice.

This feature brought about a number of advantages:
1) longer duration of the upright, due to the absence of the threaded rod which over time tends to wear if used often or to seize due to poor use of the upright;
2) drastic reduction of installation time, thanks to the remarkable vice adjustment speed.

The upright can be used on flat or inclined surfaces with a maximum slope of 10 °. This article has a greater strength than the traditional uprights that are found on the market, because it has larger tubular sections. Another feature is its equipment, in the lower part of the vice, of a reinforced tilting plate.

It can be used for securing balconies, slabs, stairs and terraces.

The patented vice closing mechanism allows you to install the upright quickly: just rest the jaws on the surface and operate the appropriate lever.

It is also possible to have the product with the hot-dip galvanized upright. 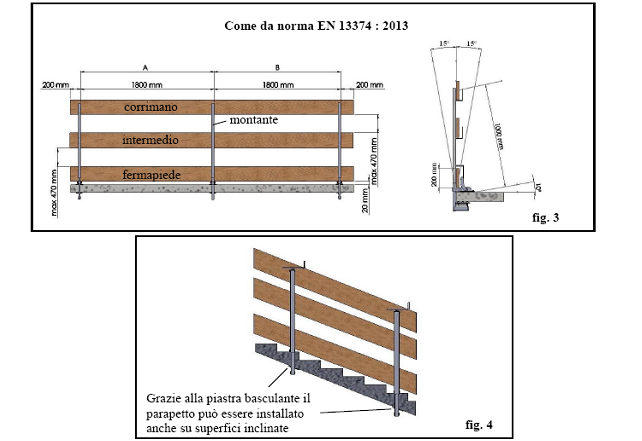 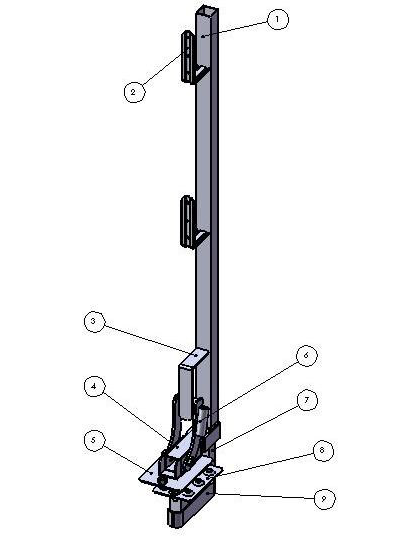 The post for temporary parapet consists of two elements: the vertical extension and the vice.
The vertical extension is made by means of a 35x35x1.5 mm tubular (1) on which the 'L' brackets for handrails and intermediates (2) and the 'L' bracket (3) facing downwards for the toeboard are welded.
The vice is made up of two components: the lower part and the upper sliding part.
The lower part is made with a 30x30x3 mm tube (7) with the flat fork (9) welded to the base on which the tilting plate (8) is housed.
The sliding upper part is made by means of a 30x30x2 mm tubular (4) with the fixed plate (5) welded to the base. On the upper part of the vice is also assembled the lever (6) through which the vice is locked and unlocked.

17 other products in the same category: